It was only 4:00 AM in the morning when I woke up because of a trivial discomfort. It was dark outside. There was stillness and I sat up in cold in the empty bedroom. I found myself completely alone in the eerie silence. It took me a while to arrive to my sanities as I was absolutely disoriented. I comatosely stepped out of my bed and my torpid legs took me to the living room where my diligent husband sat working in the wee hours. I rested myself next to him and observed the view outside my window.

‘The ‘Orion’ constellation that ornaments the Eastern part of the sky in the evening has drifted to show its presence in the West now’, I muttered in quietness. The Orion has always been my favorite pattern and ever since I know this assemblage of stars, I have never failed to notice it from anywhere I go.

That small distanced hut that I see every day from my window had a faint bulb guarding its entrance. ‘I think their sheep are still in profound slumber’, I whispered to myself, still resting my head on my husband’s shoulder. The giant buildings never seemed so motionless. There was no trace of any living being around the area as tranquility had engulfed everything and everyone.

It was right then that my wandering mind urged me to hit the road for a drive. I so wanted to embrace the cold and also the calmness. I ditched my cell phone and laid it in the drawer grave to let it rest in peace for some time. I did not want to get disturbed by the beeping cacophony of the numbing device. I was astounded to see my car cleaner working at 5 in the morning. ‘Does he really start his day this early’ is what I asked myself…And within no time, I was out on the streets breathing the freshness. 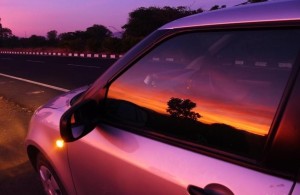 It was fascinating to spot the empty roads and archaic buildings that go unnoticed in the hustle bustle of daily lives. We stretched a long way on the vacant pathways and enjoyed the beautiful tunes that played in the background in the car. 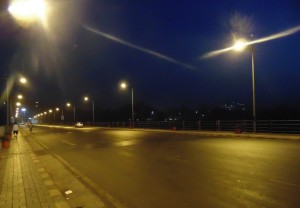 As the time progressed, more and more souls became visible to my eyes. There were a few who found shelter under a minuscule roof; some didn’t bother to find a shelter at all. The footpaths were nothing less than an abode to many families. The dogs walked leisurely, for it seemed to be their time. Some people were on their duties already, few appeared to be on their way. Several roads were being washed and cleaned. The newspaper vendors were arranging their stalls to display a neat array of papers. The deities in a couple of temples were also ready for the believers to start visiting.

We drove past the Railway station and that’s where this euphoric feeling took a setback. The area appeared to be telling the tales of its sleepless nights. The incessant cacophony of vehicles and people was more like a disturbance. Everybody was isolated but didn’t seem to care, for they sought companionship through their respective media devices. No one around the area, either busy or idle, bothered to look around the beautiful morning that it was. Everybody was seemingly comforted by their devices. There were a few older people who starved for human interaction. They looked around with surprised eyes, as if trying to understand what’s with our generation and phones that we carry. Though everyone had something ‘valuable’ with them, I believe their busy routine compelled them to forget the most inexpensive thing ‘Smile’ at home. Everyone’s facial muscles looked tensed and lacked lightness.

We drove farther ahead and moved over to a park bench to continue admiring the morning. It’s much easier to stop and smell the roses when not glued to a screen. We walked around the park and appreciated every bit of the freshness. The trees still had the left-overs of dew drops and the plants proudly posed with their lush green leaves and bright flowers. 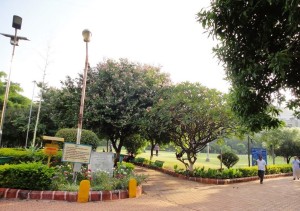 We then ambled into a café to enjoy the early morning breakfast as hunger had started to settle in. I wasn’t expecting a flock of people to occupy the empty tables of the café at 7:30 in the morning. 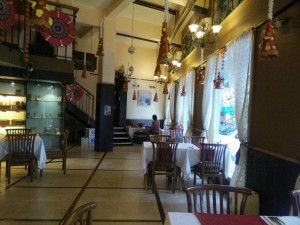 I ordered spinach and mushroom omelet with Latte and relished the scrumptious breakfast. 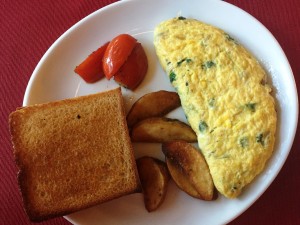 Within a few minutes, the café welcomed more guests, who were either returning from morning walk or were heading to their workplace. Just then I saw this woman who walked by me clearly on a mission. It saddened me that she was too distracted talking on her phone to appreciate the beautiful day I was enjoying. She was too busy to smile or wave at the café staff who greeted her politely. Hours without social media caused me to realize that people don’t actually talk to each other anymore. It also caused me to think about how we as humans act on social media. We hide behind polished Instagram, Twitter and Facebook accounts, displaying only the hilarious, memorable, and picture perfect moments of our lives, even if we are breaking inside. Sigh!!

By now, it was 9 AM when I felt a little fatigued and wanted to wind up. It was a healthy dose of reality to unplug for a while. I realized that cell phone only perpetuates loneliness. The essence of beautiful living is to have ‘in-person’ social interactions. My journey back home wasn’t as refreshing as it was when I started, for none of the roads looked the same anymore. Vehicles, horns and people took over the sanctity of the early morning.

And, at this moment, as I am giving words to my thoughts, I observe the same gigantic buildings, the same hut and the same road from my window. Everything has changed drastically. The uncanny placidity of the morning was better than this conventional loudness. I am sure to witness many such day springs in future to ditch the way of life only to feel the nature of life.