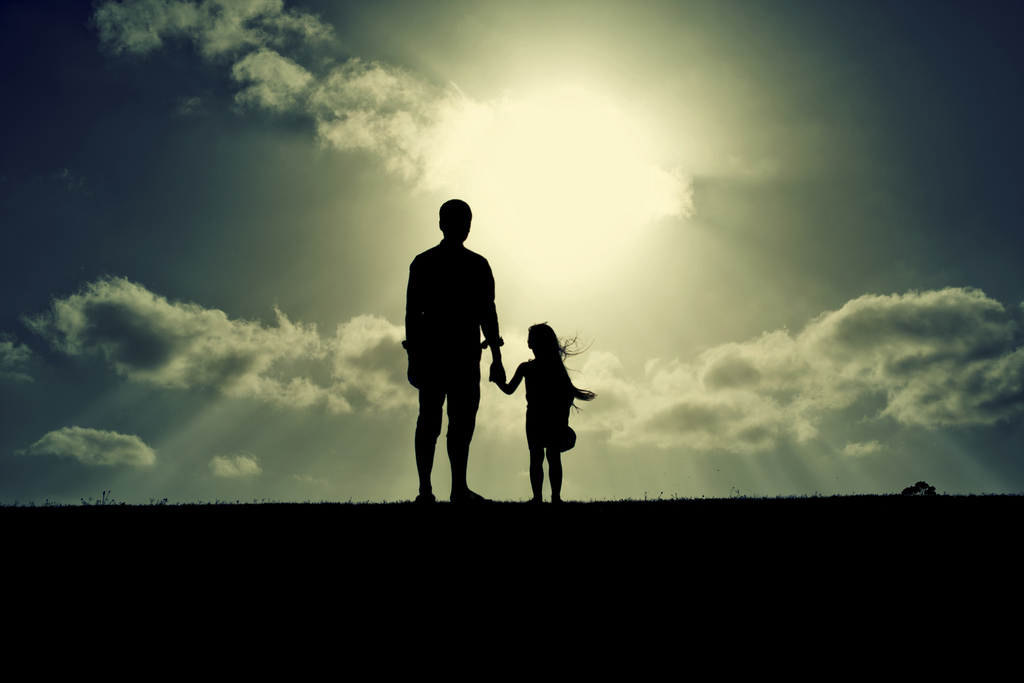 The day I got the news of my dad’s cardiac arrest, I was shaken. The whole world looked blank in front of me.. His words played in my ears like a symphony so melodious. .. He says “Live in the present, who knows what tomorrow will bring. Stay calm, stay happy. When things don’t seem to go your way, just chill and leave the rest to the Almighty”.

He had always been young at heart, then why a heart attack for him, is what I wondered.

“You will be all right dad, you are my hero”… is what I kept saying to myself, repeatedly, even after I knew he was fine.  I booked the earliest flight that I could take, left behind an essential part of my world, to see another integral part of my world that rested on a rectangular bed of the ICU.

Three consecutive attacks, one man, numerous prayers and the strong will… all acted at the same time, in parallel, in Delhi.

Something instinctive, something emotional and something intuitive… all acted at the same time, in parallel, in Pune.

With every sob, my couple of quarters old daughter attempted to make me laugh by drawing funny expressions and noises. What was that? Did she subliminally understand that her mother wasn’t fine, that she was feeble and was only pretending to smile; because the watery eyes and the curve of her mother’s lips weren’t in sync?

Every minute of wait was nothing less than a decade and in those few hours, I almost lived an era.

My dad had always been a fighter and there was nothing that he couldn’t combat… It was just ‘a’… Sorry, it was just a handful of heart attacks. I knew he was okay. I knew he would survive… and he did.

In the early morning flight, I wished I could request the pilot to fly as fast as he could, for even the two hours journey seemed to be aeon long.

“You can wake him up, he is fine now”, said the doctor while I stood next to my dad’s bed.

He slept in silence in that blue checkered patient’s uniform. A couple of transparent wires connected his hand and the iron stand holding the drip bag. The continuous monitoring of his heartbeats made a rhythmic sound… and it was the most satisfying pattern of beats that I could hear. I moved my hand on his head and whispered softly “Daddy…”

He gently opened his eyes and shockingly looked at me. My arrival wasn’t expected so soon. He tried to lift himself up, but failed. He tried to bring both his hands close to mine, but failed again. I caressed his hair and kissed on his palm that I was tightly clinging onto. The words on my lips vaporized; the water in my eyes melted. The flow of emotions was tremendous. I noticed the grey stubble on my dad’s pale face for the very first time. He has always been a well groomed doctor; someone whose face always radiates a heartwarming smile and nothing else.  This transition of his state was rather hurtful to see.

I was granted special permission by the hospital authorities to see my Daddy out of visiting hours and thus I had a handful of minutes with him. While I told him how much he meant to me, to us; the first thing he asked me was about my six months old daughter. He was only concerned about her… dad will always be a dad. He told that I shouldn’t have left my little one to visit him… But a daughter will always be a daughter. I smiled and said that while I am spending time with my dad here; my daughter is spending time with hers.

I wiped the little drop of water that had flown down from his eyes to touch the tip of his ear. He didn’t say anything; just smiled in silence and beckoned a bye. I couldn’t thank the Almighty enough; and that day, I, relived my faith all over again… God exists. He exists within us, He exists for us.

No matter how old I get or wherever I go, my dad was and will always be my hero.

He taught me to walk, he taught me to run. He also taught me when to stop and slow down. He is the best doctor with a ‘magic wand’ who cures every illness just with one phone call. He took my tantrums when I was so young to even understand that I was troubling him. Most importantly, he taught me to be independent, to be liberal. He taught me to fight for the right and voice the wrong.  He has also taught me how to let go. He is the best singer. He has taught me how to be happy in all situations. He has made me fall in love with simplicity. He has taught me what materialistic and non-materialistic possessions mean. He has made me what I am today. He made me eat when I used to be angry. He has done so much that no one else has or will ever do for me… I was and I am still his princess…

My dad is my hero, my inspiration and my everything.